If MLK were alive today… 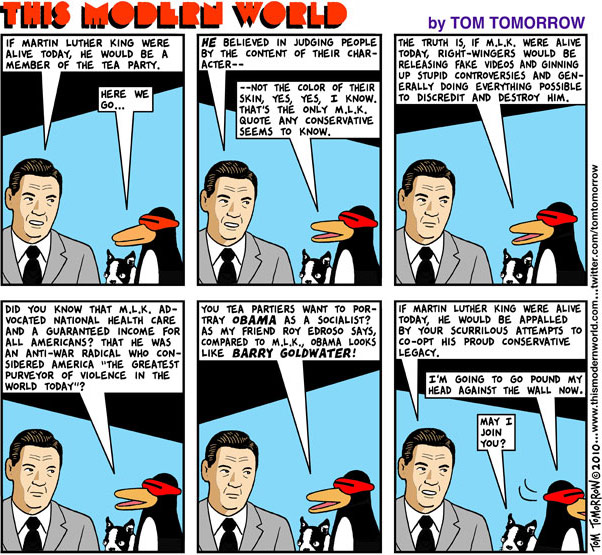 Yes, conservatives really are trying to lay claim to the legacy of Martin Luther King, Jr. It boggles the mind.

This was written by Iron Knee. Posted on Monday, September 13, 2010, at 12:01 am. Filed under Irony. Tagged Conservatives. Bookmark the permalink. Follow comments here with the RSS feed. Both comments and trackbacks are currently closed.