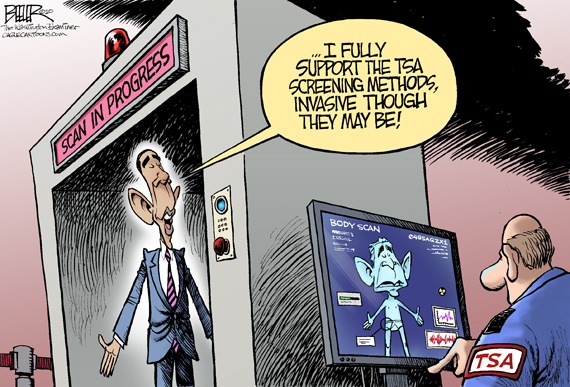 UPDATE: Here’s an interesting protest. A company is selling t-shirts and underwear, with the the 4th amendment to the US constitution printed in metallic ink so they will show up when you get scanned in an airport:

This was written by Iron Knee. Posted on Tuesday, November 23, 2010, at 11:28 am. Filed under Humor. Tagged Terrorism. Bookmark the permalink. Follow comments here with the RSS feed. Both comments and trackbacks are currently closed.