Even after the great recession, JP Morgan CEO Jamie Dimon was considered the best and brightest of the bankers. He argued that new regulations were not needed and that his company shouldn’t be penalized because other bankers were stupid. So now that his company did something really stupid, will he change his tune? 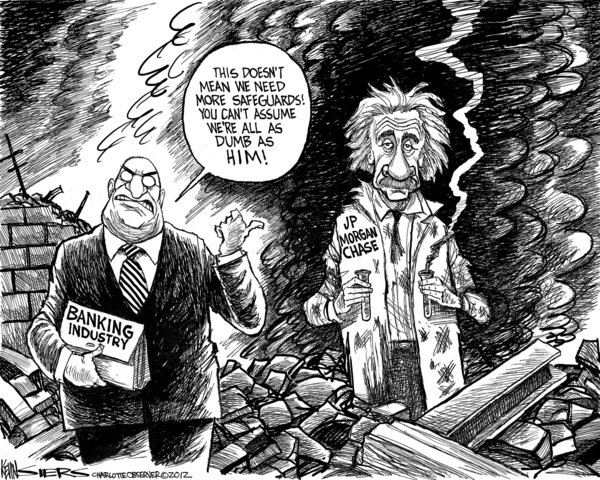 As other people have pointed out, the problem is that there is too much incentive for bankers to take stupid (albeit potentially rewarding) risks. The rewards are just too great, and the risks to the person doing something stupid are minimal, since at worst they will just get fired and they can then go get a job at a hedge fund making even more money. The risk to their company is also less than it should be, since the government is all too willing to bail them out if they get into real trouble. Indeed, the message to the bankers is that if you are going to take a risk, make it a really big risk! 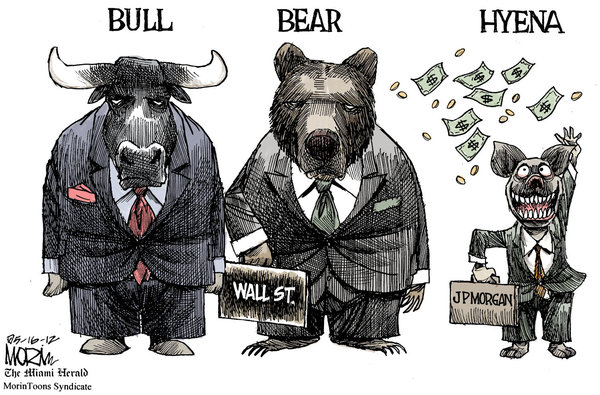 This was written by Iron Knee. Posted on Friday, May 18, 2012, at 11:24 am. Filed under Irony. Bookmark the permalink. Follow comments here with the RSS feed. Both comments and trackbacks are currently closed.