The Slippery Slope of Socialism 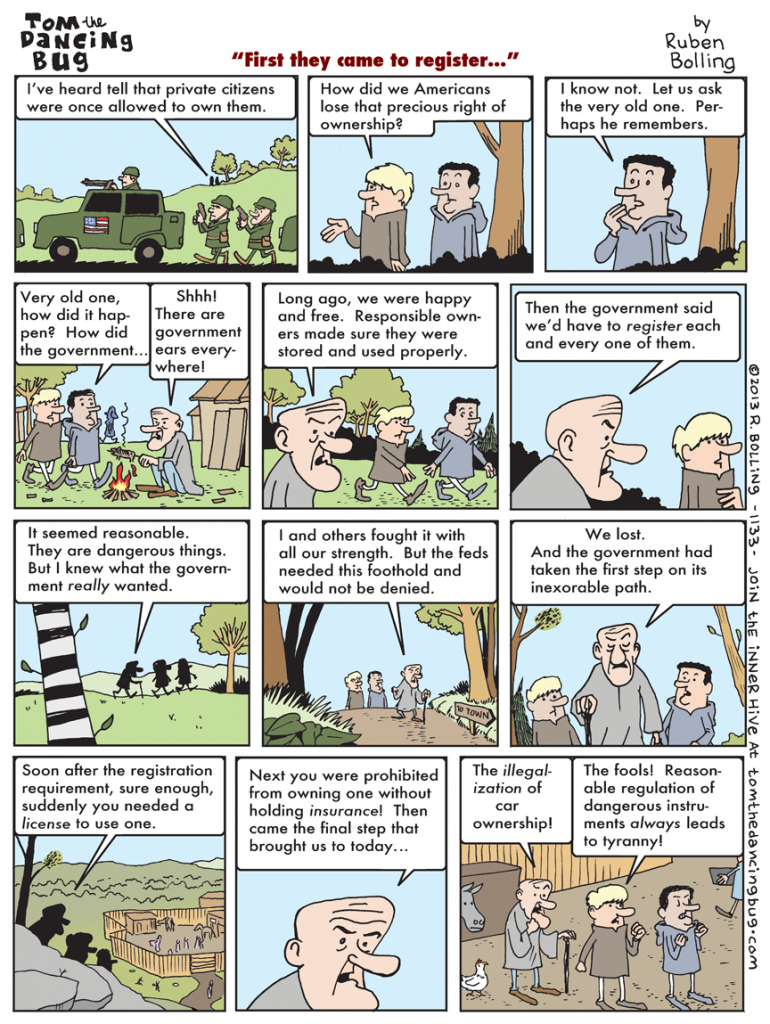 I love this comic. Even though I believe in the right to bear arms, I also believe that we really need some laws that promote gun safety. But gun fanatics oppose pretty much any regulation of guns. I think in the long run, this radical stance will backfire on them.

If you liked this, you might also like these related posts:
This was written by Iron Knee. Posted on Sunday, April 14, 2013, at 8:20 am. Filed under Irony. Tagged Guns, Regulation. Bookmark the permalink. Follow comments here with the RSS feed. Both comments and trackbacks are currently closed.