We Used To Be The… 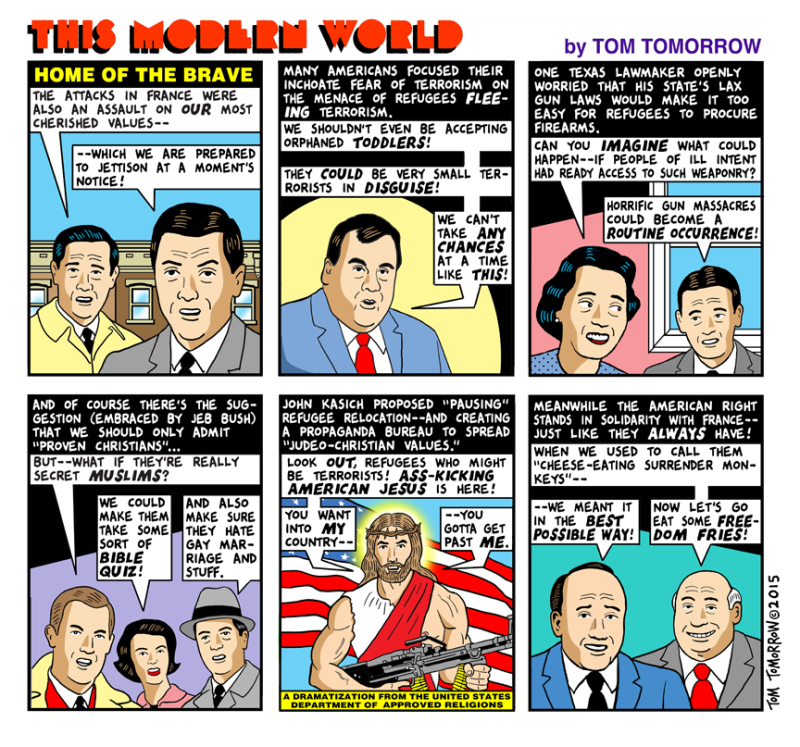 Does this mean that the Republican politicians who oppose resettling Syrian refugees are racist? Not really. I actually think they are cravenly using the latent racism held by Americans for political gain. Which is probably worse.

If you liked this, you might also like these related posts:
This was written by Iron Knee. Posted on Saturday, November 28, 2015, at 12:30 am. Filed under Hypocrisy. Tagged Middle East, Terrorists. Bookmark the permalink. Follow comments here with the RSS feed. Both comments and trackbacks are currently closed.