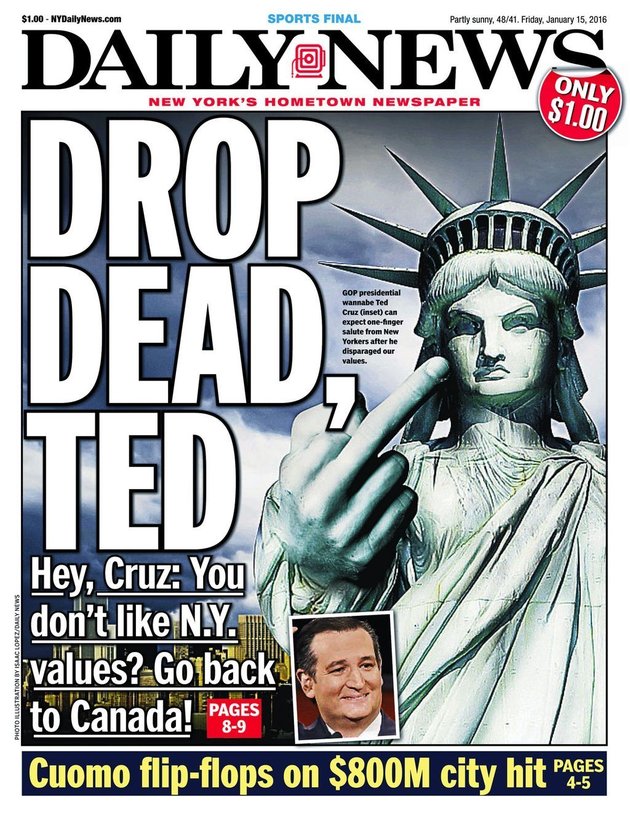 The New York Post got in a jab against Cruz as well, saying about his “New York Values” jab:

That line aimed to get Iowa voters to contrast him with Donald Trump and Hillary Clinton. But it rings pretty odd once you know of his history with at least two big New York banks.

The Post is referring to the revelation that Cruz borrowed $1 million from Goldman Sachs and Citibank for his Senate campaign and violated the law by not disclosing it to the FEC.

This was written by Iron Knee. Posted on Saturday, January 16, 2016, at 12:30 am. Filed under Irony. Tagged Election. Bookmark the permalink. Follow comments here with the RSS feed. Both comments and trackbacks are currently closed.