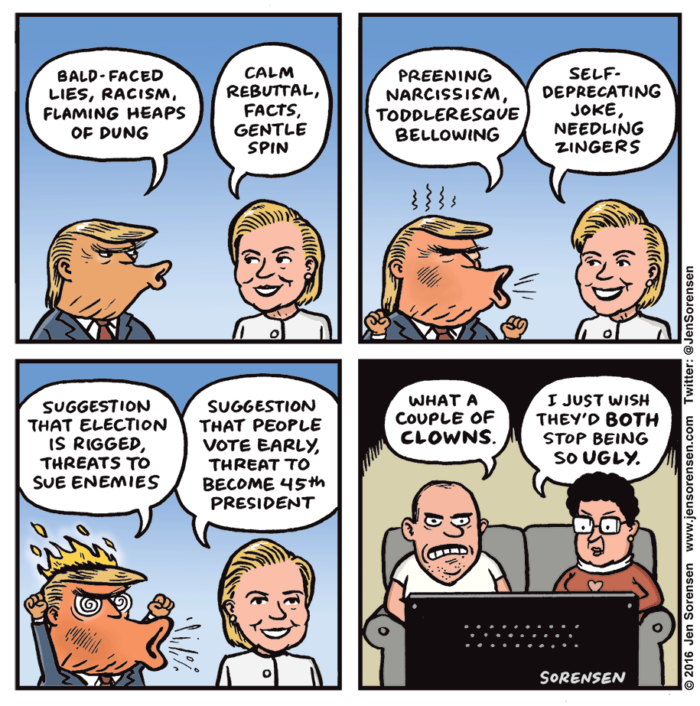 Sorensen also has some commentary to go along with the comic:

Ever since the first debate between Hillary and Trump, many have remarked on the “ugliness” of this election season. It sounds so nice and bipartisan to call them both clowns and loftily pronounce yourself to be above the fray, but this is flagrant false equivalence. While I haven’t always agreed with Hillary on everything, relative to Trump she’s been a model candidate.

It’s worth noting that throughout history, people have said women can’t be president because they are too emotional, but Hillary has admirably demonstrated how a female candidate can have much greater self-control than her male opponent.

If you liked this, you might also like these related posts:
This was written by Iron Knee. Posted on Sunday, October 30, 2016, at 12:28 am. Filed under Irony. Tagged Clinton, Debates, Trump. Bookmark the permalink. Follow comments here with the RSS feed. Both comments and trackbacks are currently closed.