Even Brett Kavanaugh’s drinking buddies say that he lied under oath when he claimed that he never drank to the point of forgetting what he was doing. They swear that they saw him do just that on multiple occasions.

The point is that this isn’t about what Kavanaugh did when he was younger. This is about him lying his way onto the Supreme Court. And if he lies about this, what else is he willing to lie about? 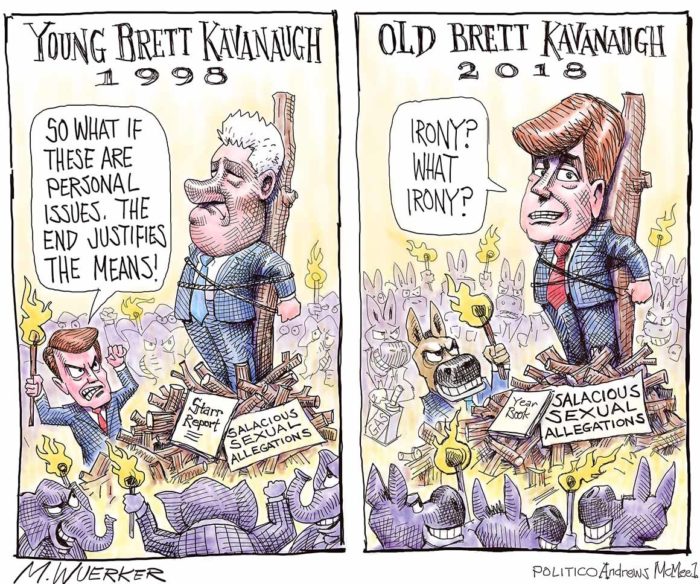 Last week, the nomination of Brett Kavanaugh failed. If he is nonetheless confirmed, it is a gross failure of the American system of government.

If you liked this, you might also like these related posts:
This was written by Iron Knee. Posted on Friday, October 5, 2018, at 12:19 am. Filed under Hypocrisy. Tagged Lies, Republicans, Supreme Court. Bookmark the permalink. Follow comments here with the RSS feed. Both comments and trackbacks are currently closed.