Never give up, never surrender

The age of computerized online ad placement has resulted in some odd juxtapositions, like this article in Political Wire announcing that Gordon Smith has lost the Senate race in Oregon, accompanied by an ad asking you to vote for Smith. One also has to wonder why someone is running a “get out the vote” ad two days after the election. Maybe early voting was such a success they decided to try late voting? 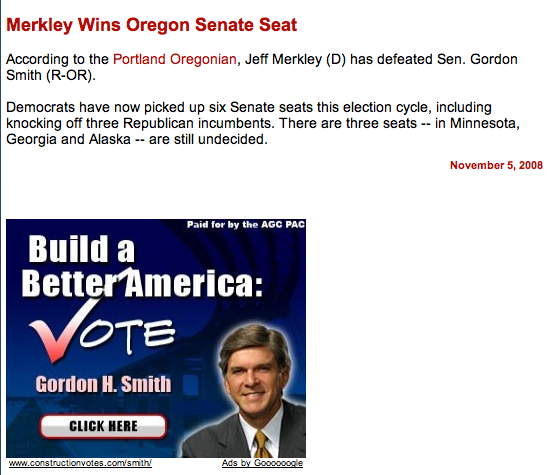 If you liked this, you might also like these related posts:
This was written by Iron Knee. Posted on Thursday, November 6, 2008, at 5:53 am. Filed under Irony. Tagged Republicans. Bookmark the permalink. Follow comments here with the RSS feed. Both comments and trackbacks are currently closed.