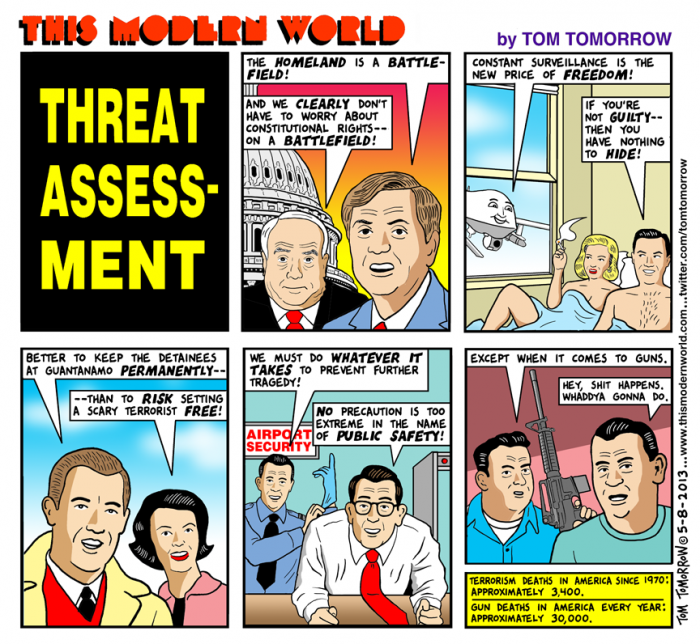 Humans are notoriously bad at evaluating risks. We seriously overreact to some risks, while sticking our collective heads in the sand for far more dangerous risks.

Between the years of 1959 and 1994, 3239 people were killed by lightning strikes (roughly the same number that were killed by terrorists since 1970). In the case of lightning-related deaths, we simply increased education about lightning safety, and as a result, the number of people killed by lightning was halved. But in the case of terrorism-related deaths, we went absolutely nuts, ripped up our constitution and preemptively invaded foreign countries that had nothing to do with 9/11.

Do you feel any safer?

If you liked this, you might also like these related posts:
This was written by Iron Knee. Posted on Sunday, May 12, 2013, at 1:01 am. Filed under Irony. Tagged Terrorism. Bookmark the permalink. Follow comments here with the RSS feed. Both comments and trackbacks are currently closed.