Girl Talk at the Trump Tower

Maurine Dowd has a hilarious op-ed in the NY Times. Here’s just the start:

LET’S stop being so hard on Donald Trump.

He has done us an enormous public service.

After this down-and-dirty battle of the sexes, we will never look at gender in politics the same way.

For centuries, women were seen as unfit to hold public office. Ambition, power and business were the province of men. Unlike gossipy feminine chatter in the parlor, manly discourse was considered impersonal, unemotional, forthright and reasonable.

Every minute of every day, Trump debunks that old “science” when he shows that the gossipy, backbiting, scolding, mercurial, overly emotional, shrewish, menopausal one in this race is not the woman.

Trump is surrounded by a bitchy sewing circle of overweight men who are overwrought at the prospect of a distaff Clinton presidency.

Newt Gingrich, Chris Christie, Roger Ailes and Rudy Giuliani are the Really Desperate Housewives of Trumpworld. They are so shrill that Trump sometimes needs to remind them that he’s the Queen Bee.

There is plenty more to laugh at. Go read it.

Who knew that Trump is really a 13 year old girl?

UPDATE: Here is a sneak preview of the cover of The New Yorker from next week: 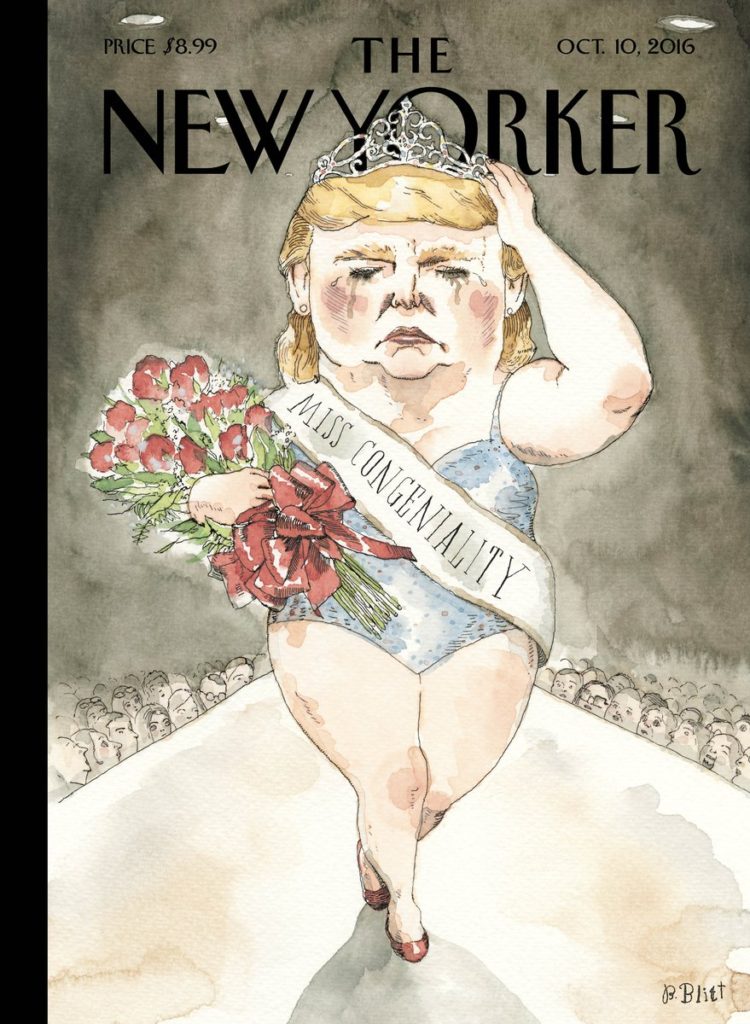 If you liked this, you might also like these related posts:
This was written by Iron Knee. Posted on Saturday, October 1, 2016, at 5:48 pm. Filed under Humor. Tagged Sexism, Trump. Bookmark the permalink. Follow comments here with the RSS feed. Both comments and trackbacks are currently closed.