Retirement is for Losers! 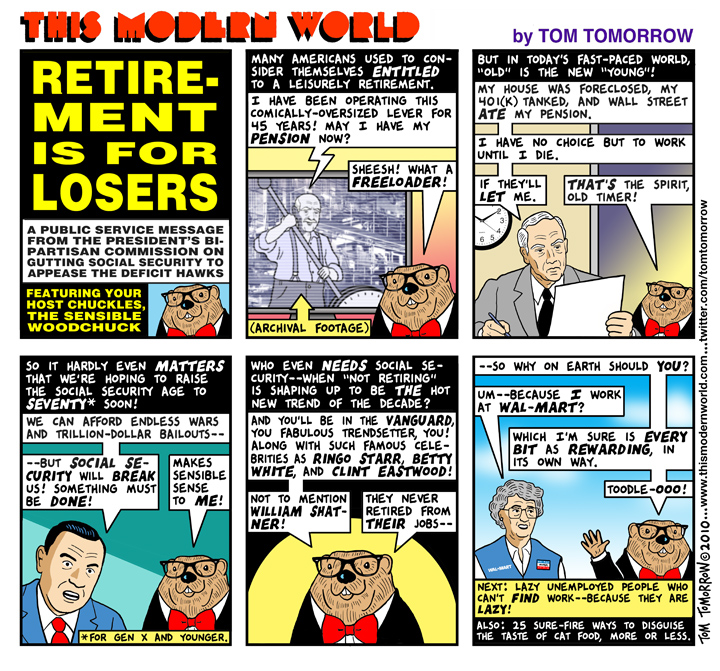 More proof that the unemployed are just lazy!

If you liked this, you might also like these related posts:
This was written by Iron Knee. Posted on Friday, July 23, 2010, at 1:26 am. Filed under Irony. Tagged Unemployment. Bookmark the permalink. Follow comments here with the RSS feed. Both comments and trackbacks are currently closed.