Weather or Not You Have Selective Memory 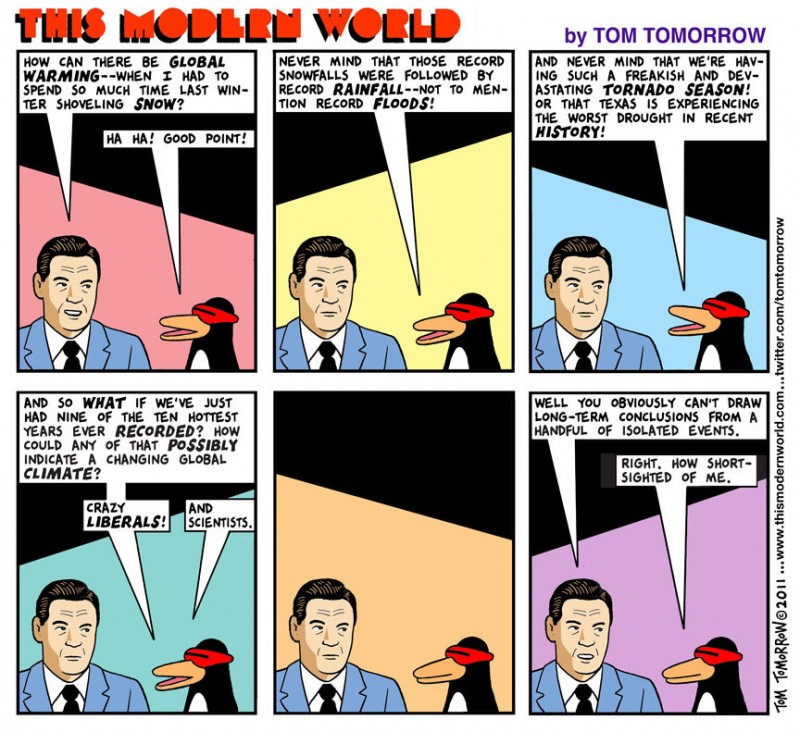 Has anyone else noticed that when there was lots of snow last winter, there were lots of grumblings about global warming being a myth, but now with all the crazy weather-related disasters, there is eerie silence? The silence doesn’t bother me — weather is not the same thing as climate, after all — but every time it snows and some dumb pundit makes a crack about global warming, their viewers should get steamed and have their own personal global warming under the collar.

If you liked this, you might also like these related posts:
This was written by Iron Knee. Posted on Tuesday, May 31, 2011, at 8:36 am. Filed under Humor. Tagged Climate. Bookmark the permalink. Follow comments here with the RSS feed. Both comments and trackbacks are currently closed.