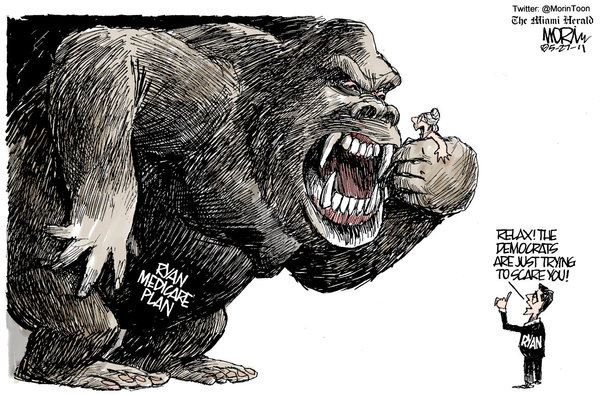 According to Paul Krugman, not only is Paul Ryan lying, he is a sore loser.

Republicans responded to modest and realistic cost control efforts in Obama’s health care reform bill with screams of “death panels”, but it seems that they don’t actually care about seniors dying. Not only would the Ryan budget plan destroy Medicare as we know it and cut Medicaid by 44%, but it is so full of what Bush I called “voodoo economics” that it is unlikely to reduce the deficit at all.