Who’s in charge of our gun laws? Right now we are seeing fights in both houses of Congress over common-sense changes to gun laws. We already require background checks when someone buys a gun from a gun dealer, but that is easy to get around by buying a gun online or from an individual seller (who is probably hanging out in the parking lot of a gun show or other gun-related event). And public support for closing these loopholes is phenomenally high. In a recent poll, 92% supported supported expanded background checks.

A related change is preventing people who are suspected of being terrorists from getting guns. In the same poll, 85% supported that. Ironically, Republicans are even more in favor — 90% of them want to prevent people on the terrorism watch list from buying a gun.

This is nothing new. The same results have been shown in poll after poll.

The GOP is also in denial about public support for sensible gun safety. They even claim that the widely reported 90% number has been “debunked”.

It almost seems like politicians are being paid off in order to vote against any gun safety measures. Samantha Bee has a theory about this:

Even Saint Ronnie supported gun control. Especially after he got shot.

Note that (as I have often said) I support the second amendment. People do have a right to own guns, but no right is absolute. The right to own guns is not more important than our nation’s fundamental rights of “life, liberty, and the pursuit of happiness”, just like free speech doesn’t mean I can yell fire in a crowded theater or slander someone. 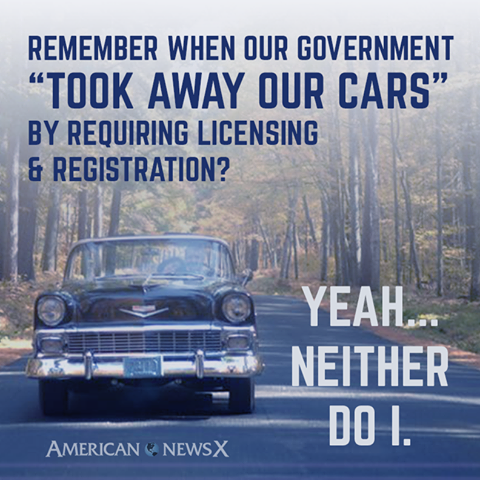 I think we should treat gun ownership like driving. If you want to own a gun, you should be able to demonstrate that you know how to use one (by passing a test, taking a class or other means), and that you know basic gun safety. I would think that gun owners would like that too. Rights imply responsibilities.

I do have one suggestion, however. We should stop calling it “gun control” and start calling it “gun safety”. Gun control sounds like taking people’s guns away, and I’m against that. But if people want to own guns, they should be responsible for using them safely. 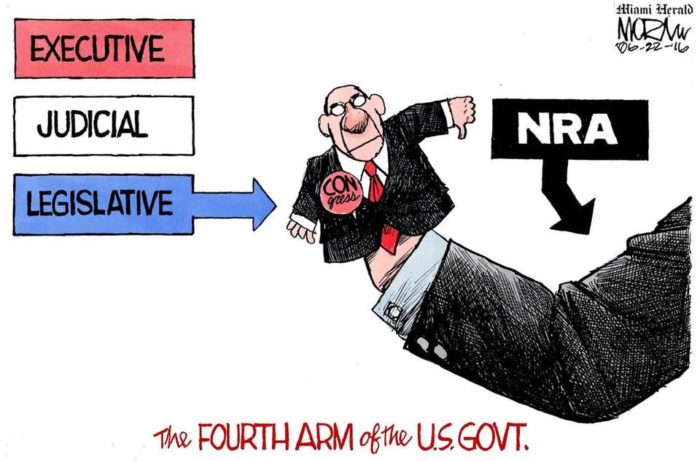 If you liked this, you might also like these related posts:
This was written by Iron Knee. Posted on Friday, June 24, 2016, at 12:30 am. Filed under Irony. Tagged Guns, Republicans. Bookmark the permalink. Follow comments here with the RSS feed. Both comments and trackbacks are currently closed.