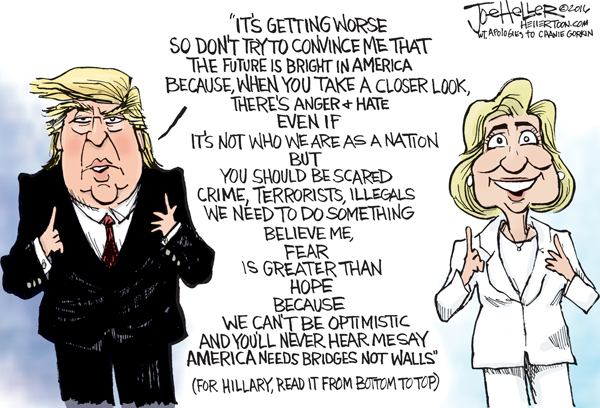 This explains why whenever Donald Trump opens his mouth, he upsets everything.

Some people seem to think that Trump’s role as a wrecking ball is a good thing, that the US needs to be destroyed so it can be rebuilt. But can any of those people think of another country that is better off than the US? Of course we have our problems, but most countries have similar problems, or worse. It is hard to believe that tearing everything down will result in making anything better — it will mainly give an opportunity for special interests to gain even more power. Besides, when the Republicans have had the opportunity to rebuild a state the way they claim they want it, like they did in Kansas and Wisconsin, the result has often been a disaster for everyone (well, except for those special interests, of course). My feeling is that the only people who are going to gain from a Trump presidency are Trump and his family. And Vladimir Putin.

If you liked this, you might also like these related posts:
This was written by Iron Knee. Posted on Tuesday, August 2, 2016, at 12:30 am. Filed under Irony. Tagged Clinton, Trump. Bookmark the permalink. Follow comments here with the RSS feed. Both comments and trackbacks are currently closed.