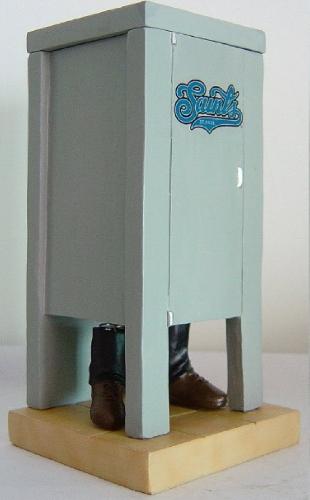 Everyone has seen Bobblehead dolls, which are often handed out to fans at baseball games. In a hilarious twist, the St. Paul Saints are passing out Bobblefeet at this Sunday’s game, in the form of a miniature bathroom stall with a tapping foot (and a wide stance).

The description of the promotion doesn’t mention Senator Larry Craig, instead claiming ironically that the promotion is in honor of National Tap Dance day.

This was written by Iron Knee. Posted on Thursday, May 22, 2008, at 2:04 pm. Filed under Humor, Irony. Bookmark the permalink. Follow comments here with the RSS feed. Both comments and trackbacks are currently closed.