Fist bump: is Fox News trying to be provocative or just stupid? 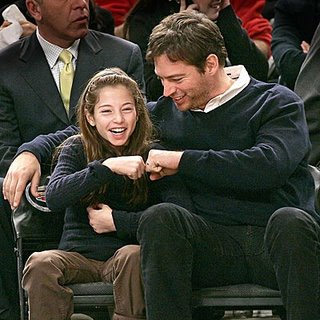 Just before Obama’s nationally televised speech on June 3, he and his wife did a “fist bump”. Apparently, Fox News is so out of it that they had never seen this before, and had to ask if this was (and I’m not making this up) “A terrorist fist jab?”

Attention Fox News, there is this new thing out there called the “Internet” where you can look up stuff. But you don’t even have to do it yourself, since Media Matters did a quick Internet search and came up with more than a dozen photos of numerous athletes, celebrities, and politicians getting their fist bump on. And none of them look even slightly like terrorists.

In addition, Time Magazine has compiled “A Brief History of the Fist Bump“.

This was written by Iron Knee. Posted on Tuesday, June 10, 2008, at 1:53 pm. Filed under Irony. Tagged Obama. Bookmark the permalink. Follow comments here with the RSS feed. Both comments and trackbacks are currently closed.