I just don’t know about this Obama fellow 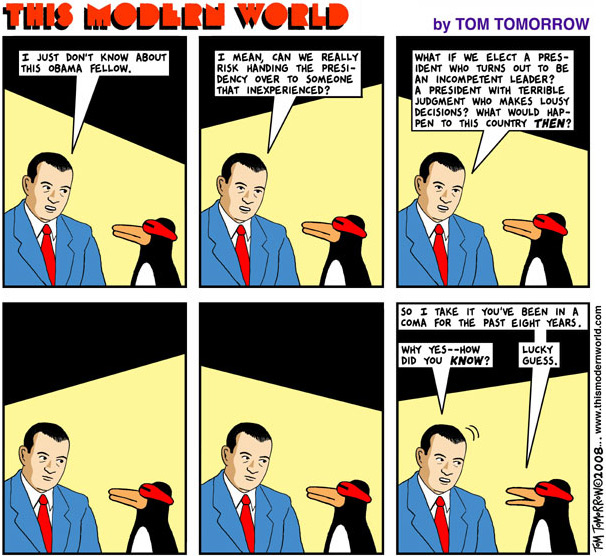 The Electoral Vote site has an excellent analysis on whether governmental experience is any predictor of how good a president will be. For example, James Buchannan was the most experienced person ever elected president, but he is considered to be one of the worst (only slightly edged out by Warren G. Harding for that “honor”). Or take Teddy Roosevelt and Woodrow Wilson, who had little experience but who are considered to have been very good presidents. Their conclusion — “There does not appear to be any relation between experience and greatness”.

If you liked this, you might also like these related posts:
This was written by Iron Knee. Posted on Sunday, August 24, 2008, at 12:09 am. Filed under Humor, Popular. Tagged Obama. Bookmark the permalink. Follow comments here with the RSS feed. Both comments and trackbacks are currently closed.