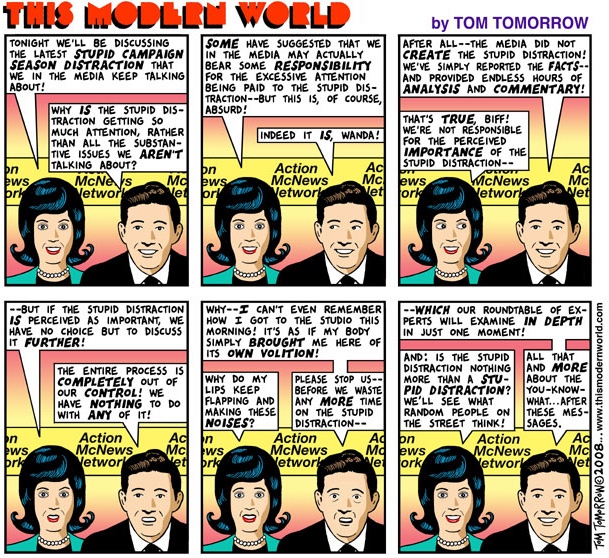 There is nothing that excites the media more than the smell of blood, so much so they will create imaginary fights. Here’s a few Stupid Campaign Season Distractions I’ve noticed in the last day or two:

What’s your favorite Stupid Campaign Season Distraction? Post it in the comments.

This was written by Iron Knee. Posted on Wednesday, August 27, 2008, at 10:51 am. Filed under Humor. Tagged Media. Bookmark the permalink. Follow comments here with the RSS feed. Both comments and trackbacks are currently closed.