Subliminal advertising at its worst

A new McCain campaign attack ad shows lots of images of Obama, but for some unexplained reason has an ominous  “dark shadow” hanging over him. That’s bad enough, but the real killer is that this same strange shadow is used in an image where Obama is standing in front of a crowd holding up the letters that spell C H A N G E. Except that the dark shadow is obscuring the first and last letters: 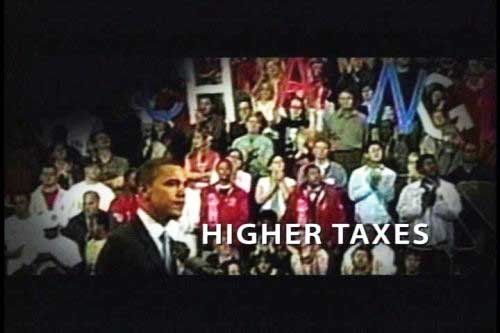 All I can say is that in politics and advertising, nothing is done by mistake.

And this ignores that McCain’s claim that Obama wants to raise your taxes is a lie.

This was written by Iron Knee. Posted on Thursday, August 28, 2008, at 10:59 am. Filed under Hypocrisy. Bookmark the permalink. Follow comments here with the RSS feed. Both comments and trackbacks are currently closed.