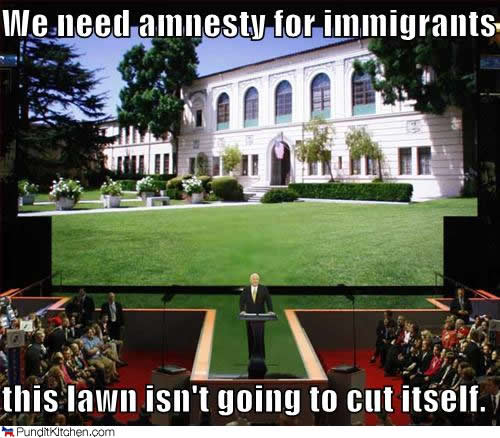 Extra bonus funny stuff — the background photo is the Walter Reed Middle School in North Hollywood, California. His campaign probably meant to use a photo of the Walter Reed Medical Center. Ooops. Also, the TV cameras mainly showed close-ups of McCain, so it looked like he was standing in front of the infamous green screen again.

This was written by Iron Knee. Posted on Friday, September 12, 2008, at 4:00 pm. Filed under Humor. Tagged McCain. Bookmark the permalink. Follow comments here with the RSS feed. Both comments and trackbacks are currently closed.