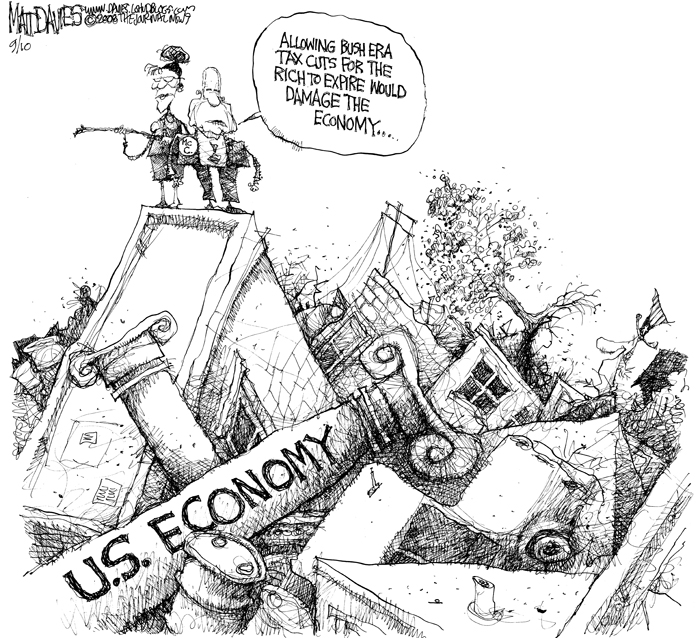 “I can’t in good conscience support a tax cut in which so many of the benefits go to the most fortunate among us, at the expense of middle-class Americans who most need tax relief.” –McCain on Bush’s tax cuts, May 2001.

“Of course, I might lie constantly too, if I were seeking the Republican presidential nomination [and] I had opposed the Bush tax cuts” –Ann Coulter on John McCain, January 2008.

This was written by Iron Knee. Posted on Saturday, September 13, 2008, at 2:44 am. Filed under Irony. Tagged McCain. Bookmark the permalink. Follow comments here with the RSS feed. Both comments and trackbacks are currently closed.