Sarah Palin went back to Alaska for the first time since her nomination, and held a “Welcome Home” rally and speech in downtown Anchorage in front of around 1000 people. What was interesting, however, was that a nearby protest rally, called “Alaska Women Reject Palin” had a significantly larger turnout than the pro-Palin rally. Some reports say the protest rally was the biggest political rally in the history of Alaska.

Some of the protest signs were funny, too: 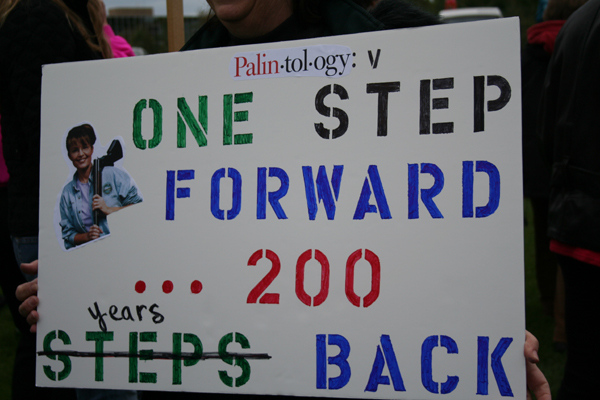 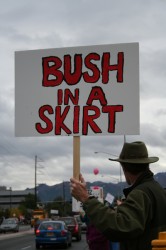 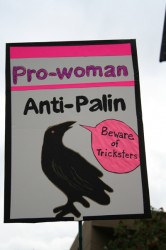 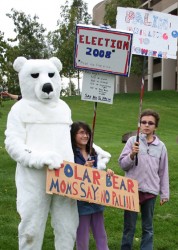 This was written by Iron Knee. Posted on Sunday, September 14, 2008, at 10:14 am. Filed under Irony. Tagged Palin. Bookmark the permalink. Follow comments here with the RSS feed. Both comments and trackbacks are currently closed.