If this election had been held two years ago

Exactly two years ago, the polling firm SurveyUSA interviewed 30,000 voters spread evenly by state, asking them how they would vote in a 2008 Presidential Election between John McCain and Barack Obama. Here are the results: 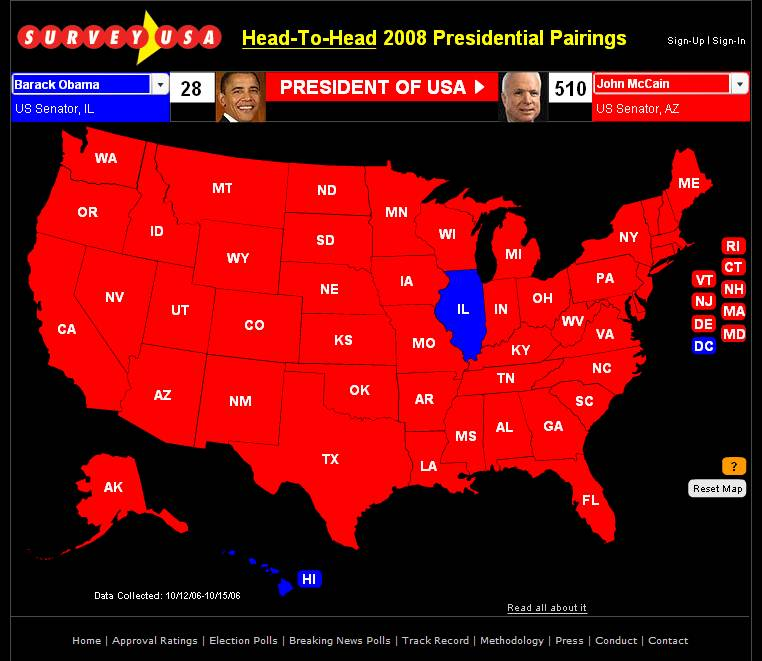 Sometime in the next few hours, we will know just how much we have changed as a nation.

This was written by Iron Knee. Posted on Tuesday, November 4, 2008, at 2:49 pm. Filed under Irony, Popular. Tagged McCain, Obama. Bookmark the permalink. Follow comments here with the RSS feed. Both comments and trackbacks are currently closed.