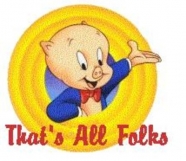 “Great to be back. As you know, I was sick for two days last week. Had to go to the hospital after I ate a raw pig a friend brought back from Mexico.” – Jay Leno

“I wasn’t that sick, but some people are, because of this swine flu, which has knocked the torture stuff right off the front page. You notice that? So, it’s obvious who is spreading the swine flu. Dick Cheney.” – Jay Leno

“But you learn a lot about the system. You know, like, people say, ‘Oh, where do hospitals get the nerve to charge $10 for an aspirin?’ See, this is why President Obama wants to do something about healthcare in this country. See, under his plan, hospital aspirin only costs a dollar maximum. Of course, there would be a $9 tax on it.” – Jay Leno

“Well, it’s interesting. They call it swine flu because they think it originated either with pigs or an AIG executive.” – Jay Leno

“GM is phasing out Pontiac. You know what that means? Another $20 million bonus for the head of GM” – David Letterman

“I tell you, the economy is so bad, third graders in China are being forced to get second jobs.” – Jay Leno

“And the bad economy is hitting Nashville. Nashville’s in bad shape. You know Big and Rich? Now down and out.” – Jay Leno

“The economy is so bad, Venezuelan President Hugo Chavez asked President Obama to give him the book back. He needs the money.” – Jay Leno

“We’re getting close to President Obama’s first 100 days in office, and he has had to deal with a lot of trouble, including a global financial crisis, pirates, and swine flu. Plus, Obama’s got a live-in mother-in-law. I’m telling you, this guy cannot catch a break.” – David Letterman

“Yes, Obama is marking 100 days as the leader of the free world. Meanwhile, John McCain was putting his Glenn Miller records in storage today.” – David Letterman

“I think this is a first for President Obama. This weekend he played golf. President Obama apparently, and at one point, and this happens, you know, you play golf, he got stuck really deep in a sand trap. Same thing happened to George Bush, and it’s called Iraq.” – David Letterman

“Next month in Canada, former President George W. Bush and former President Bill Clinton will have a debate. They’re gonna debate each other. The topic will be, ‘which is better, getting in bed with big oil or big women?” – Jay Leno

This was written by Iron Knee. Posted on Thursday, April 30, 2009, at 12:35 am. Filed under Humor. Bookmark the permalink. Follow comments here with the RSS feed. Both comments and trackbacks are currently closed.