First there was the irony of Bristol Palin going on national TV as an advocate for sexual abstinence. I didn’t mention it in here, because I have a lingering case of Palin burnout. But when the story moves into hypocrisy, I just can’t resist.

It turns out that the campaign that Bristol Palin was participating in is sponsored by Candie’s, a clothing line for girls. And the model used by Candie’s to promote their clothing is none other than Britney Spears. So, while they are using Bristol Palin to try to convince girls to not have sex, at the same time they are using Britney Spears to sell ultra-sexy clothing to these same girls. Kinda reminds you of those insidiously evil advertising campaign from the tobacco companies that told teens that they shouldn’t smoke, because “smoking is for adults”. 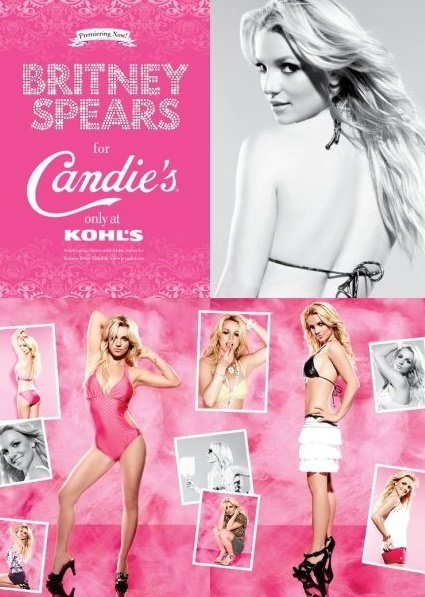 This was written by Iron Knee. Posted on Saturday, May 9, 2009, at 8:18 am. Filed under Hypocrisy, Irony. Bookmark the permalink. Follow comments here with the RSS feed. Both comments and trackbacks are currently closed.