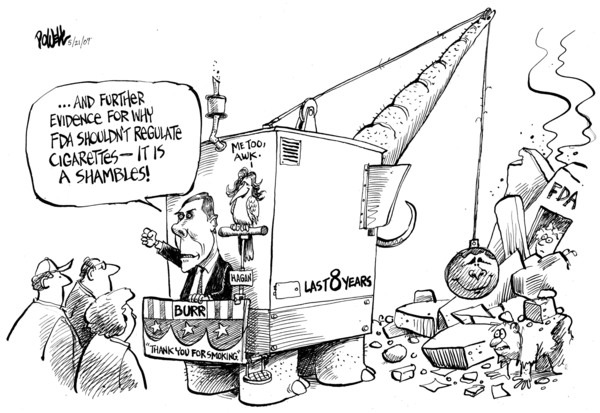 I love this cartoon because it seems to embody something that I find deeply ironic about the Republican Party: they are so determined to prove that government is a problem to be avoided that they purposely turn government into a problem by screwing it up. For example, Hurricane Katrina. There are new reports that Don Rumsfeld purposely kept the government from responding in a timely manner. Why? I can only guess that they don’t want people to think that government is ever the answer. “Starve the beast!” is another example.

This was written by Iron Knee. Posted on Monday, May 25, 2009, at 10:08 am. Filed under Humor. Tagged Republicans. Bookmark the permalink. Follow comments here with the RSS feed. Both comments and trackbacks are currently closed.