The Economy has a Liberal Bias

Here is an interesting graph, showing the year-over-year growth of the Gross Domestic Product over the last two decades for the G7 countries, the seven major western economies. You can click on it to see a larger image: 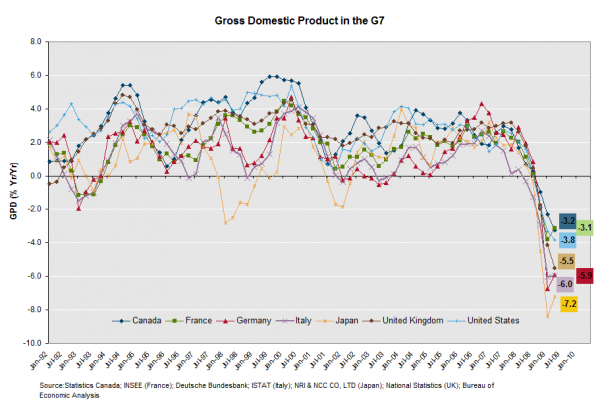 There are several interesting things we can see from this graph:

This was written by Iron Knee. Posted on Monday, October 12, 2009, at 1:40 pm. Filed under Irony. Tagged Economy. Bookmark the permalink. Follow comments here with the RSS feed. Both comments and trackbacks are currently closed.