I don’t know how many of you know about the new anti-piracy law in France, which takes a “three strikes” approach to copyright infringement. For example, if people in your house are accused of three acts of copyright infringement, your whole household is cut off from the Internet for two months to a year. You don’t even have to be convicted of anything, just suspected, in order to get your internet access blacklisted.

Well I’d call this irony, except that you knew that something like this was bound to happen. Hapodi, the new French agency responsible for enforcing the new law, rolled out their new logo, and it turns out that they pirated the font in it. The font is named Bienvenue, and it was developed by designer Jean-François Porchez and licensed exclusively to France Telecom/Orange. 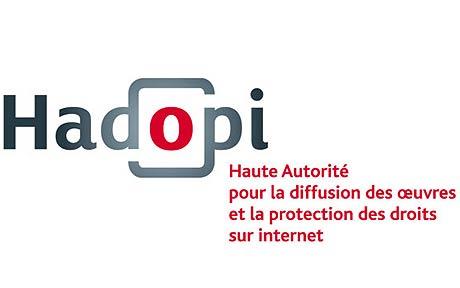 Which only goes to prove what a mess the world of copyrights is, and how easy it is to become a pirate, even unwittingly. I think it also shows that despite the protest of record labels and movie studios, the biggest pirates out there are corporations.

What I really want to know is, will Hadopi cut off its own internet access for a year for such a blatant violation? They may have to, because the designer is suing. Meanwhile, Hadopi is busy trying to find similar fonts to license to replace the illegal ones in their logo. Hopefully too busy to go around cutting off people’s internet access.