Snatching Defeat from the Jaws of Victory 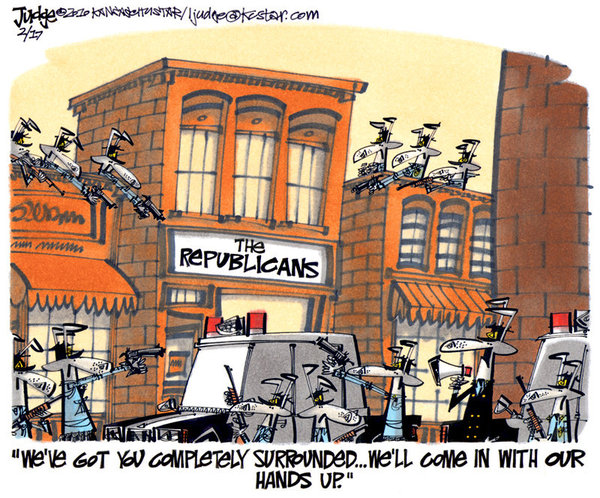 And the former Democratic “supermajority” included two Senators who were not actually Democrats (one of whom is Joe Lieberman), not to mention a mess o’ blue dogs.

If the Democrats require more than a majority in order to get anything done, then we may as well pack up our democracy and go home.

This was written by Iron Knee. Posted on Friday, February 19, 2010, at 2:11 am. Filed under Humor. Tagged Democrats. Bookmark the permalink. Follow comments here with the RSS feed. Both comments and trackbacks are currently closed.