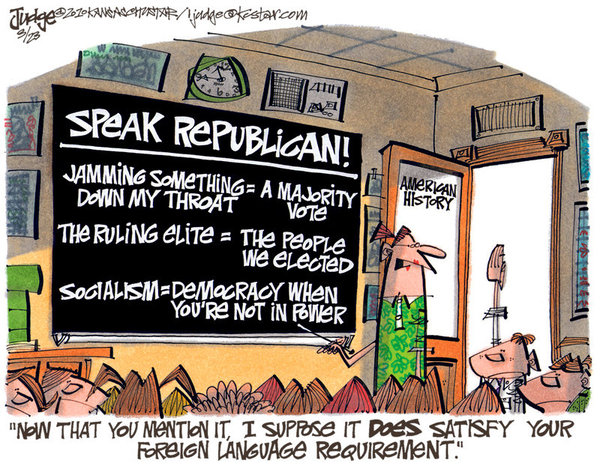 Unfortunately there isn’t enough room on that blackboard, because I can think of a whole lot more of these. For example:

Apocalypse = When Democrats pass a bill that is virtually identical to one passed by Mitt Romney, not to mention one Republicans proposed back in 1993

I’m sure you can think of some … leave them in the comments!

This was written by Iron Knee. Posted on Thursday, March 25, 2010, at 1:45 pm. Filed under Humor, Popular. Tagged Republicans. Bookmark the permalink. Follow comments here with the RSS feed. Both comments and trackbacks are currently closed.