Rush Limbaugh has sold his Fifth Avenue condo in New York City, complaining about high taxes. And you know, the apartment, which takes up an entire floor of the building and even has its own entrance, is just like you would imagine Limbaugh would use to rest his weary head, after a long day of fighting for average, struggling Americans: 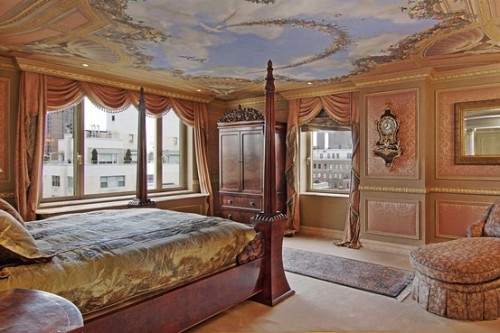 Limbaugh reportedly made $6.5 million profit on the sale and now lives in a sprawling Palm Beach mansion. I’m not sure, but someone might have overheard him saying “Let them eat cake”.

This was written by Iron Knee. Posted on Sunday, July 11, 2010, at 9:16 am. Filed under Hypocrisy. Tagged Limbaugh. Bookmark the permalink. Follow comments here with the RSS feed. Both comments and trackbacks are currently closed.