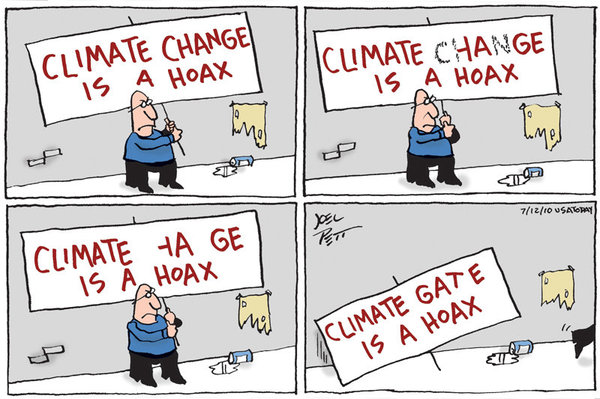 When the right wing accused climate scientists of falsifying data, it was all over the media. But now that the so-called “ClimateGate” has been proved to be a hoax — there was no falsifying of data, and the accused scientists have been cleared of any wrongdoing — there is hardly any mention.

We don’t have media in this country, we have propaganda. Maybe bought-and-paid-for corporate propaganda, but propaganda none the less.

This was written by Iron Knee. Posted on Tuesday, July 13, 2010, at 8:49 am. Filed under Hypocrisy. Bookmark the permalink. Follow comments here with the RSS feed. Both comments and trackbacks are currently closed.