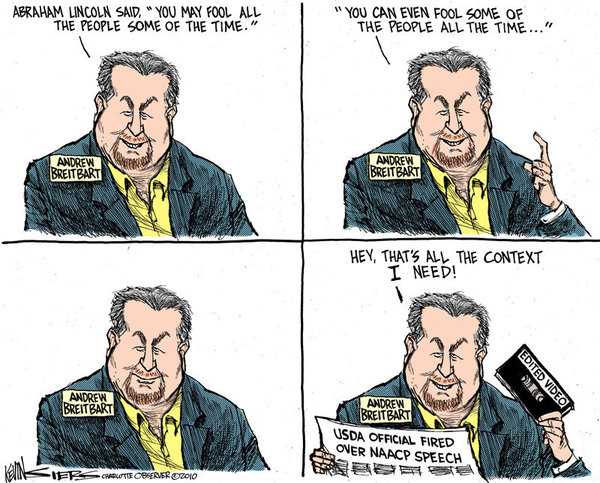 Why would anyone believe anything coming from Andrew Breitbart ever again? We’ve already been fooled more than once by him. As Dubya said, “fool me once, shame on, shame on you. Fool me, you can’t get fooled again”.

This was written by Iron Knee. Posted on Sunday, July 25, 2010, at 4:25 pm. Filed under Humor. Tagged Media, Racism. Bookmark the permalink. Follow comments here with the RSS feed. Both comments and trackbacks are currently closed.