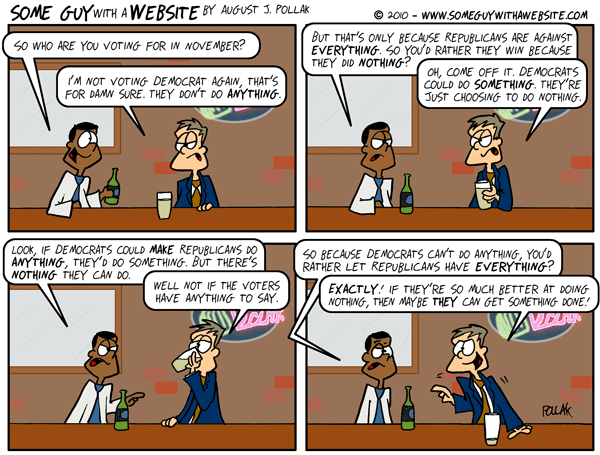 I really don’t understand the logic behind some people who complain about the Democrats not doing anything. It is actually amazing the number of things they have been able to accomplish, despite the fact that the Republicans have opposed (and often filibustered) pretty much all major Democratic initiatives.

This was written by Iron Knee. Posted on Sunday, August 8, 2010, at 1:41 am. Filed under Irony. Tagged Republicans. Bookmark the permalink. Follow comments here with the RSS feed. Both comments and trackbacks are currently closed.