The Best Government Money Can Buy

In the wake of the Supreme Court decision allowing corporations to spend unlimited amounts of money on political races, we are indeed seeing a huge upsurge in the amount of money being spent by third parties for the upcoming election.

The NY Times has a couple of maps that show where the money is being spent. And also something that surprises nobody – the majority of the money is going to support Republican candidates: 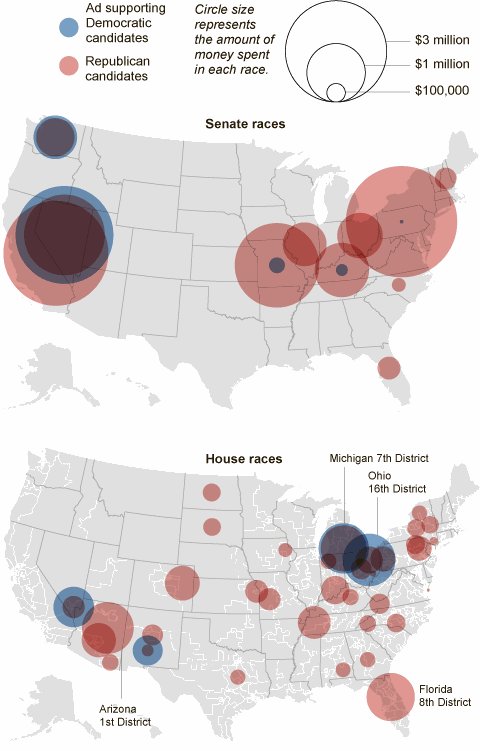 This was written by Iron Knee. Posted on Saturday, September 25, 2010, at 9:36 pm. Filed under Irony. Tagged Elections, Supreme Court. Bookmark the permalink. Follow comments here with the RSS feed. Both comments and trackbacks are currently closed.