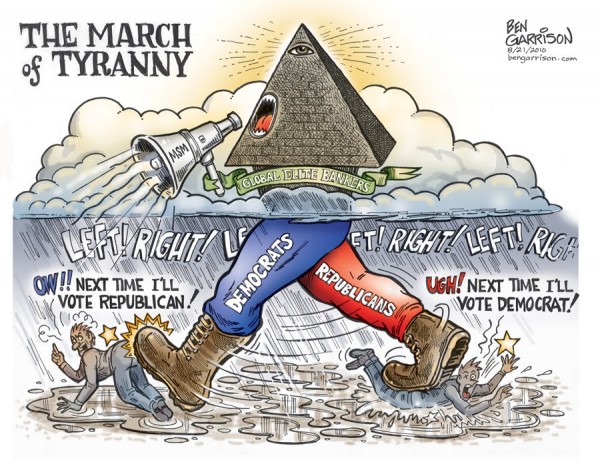 According to a survey by Rasmussen Reports, most voters expected Republicans to win control of the House of Representatives. But what is really ironic is that — even before the election — 59% think it is likely that most voters will be disappointed with the Republicans in Congress before the elections in 2012. Voters believe that it is likely that Republicans will try to repeal the national health care reform bill, but that it is unlikely that government spending will go down with the GOP in charge of the House. The bottom line is most voters didn’t think there will be a big change in their lives if Republicans take control of Congress.

How jaded have we become to vote for a party that we don’t even believe in?

This was written by Iron Knee. Posted on Thursday, November 4, 2010, at 5:12 am. Filed under Irony. Tagged Democrats, Republicans. Bookmark the permalink. Follow comments here with the RSS feed. Both comments and trackbacks are currently closed.