Orwell was 26 years too early 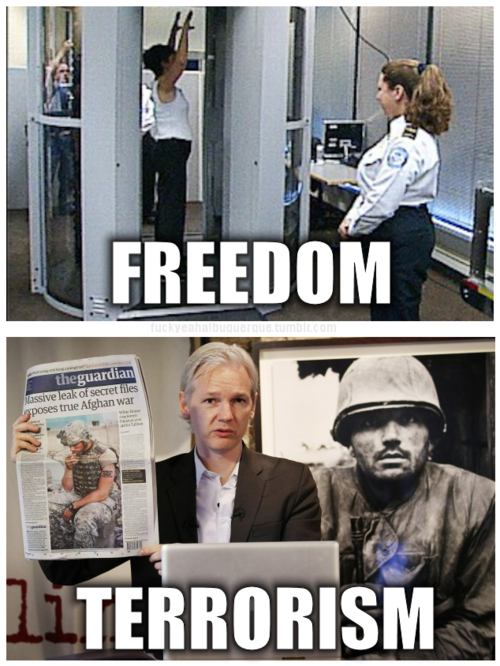 War is Peace, Freedom is Slavery, Ignorance is Strength.

UPDATE: An interesting article in The Guardian makes the case that this is “the first really sustained confrontation between the established order and the culture of the internet. … Our rulers have a choice to make: either they learn to live in a WikiLeakable world, with all that implies in terms of their future behaviour; or they shut down the internet.”

This was written by Iron Knee. Posted on Saturday, December 11, 2010, at 11:23 am. Filed under Irony. Tagged Terrorism. Bookmark the permalink. Follow comments here with the RSS feed. Both comments and trackbacks are currently closed.