Revenge of the Jesters 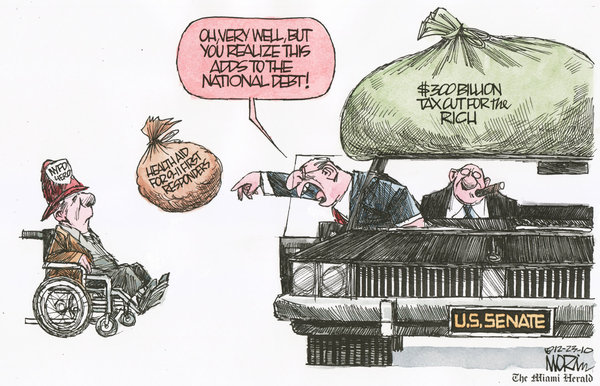 Who says comedy can’t change the world? In his last show of the year, Jon Stewart dedicated the entire show to shaming the Republicans for unanimously filibustering a bill that would fund health care for the 9/11 first responders whose health was affected by their heroic efforts. Suddenly, the bill was back in the Senate, with a few changes to help the Republicans save face, and it passed by unanimous consent. After the bill passed, NY Mayor Michael Bloomberg made special mention of “great New Yorkers like Jon Stewart.”

UPDATE: NPR has a good summary of how Jon Stewart influenced the passage of the bill.

This was written by Iron Knee. Posted on Saturday, December 25, 2010, at 12:45 am. Filed under Irony. Tagged 9/11, Media. Bookmark the permalink. Follow comments here with the RSS feed. Both comments and trackbacks are currently closed.