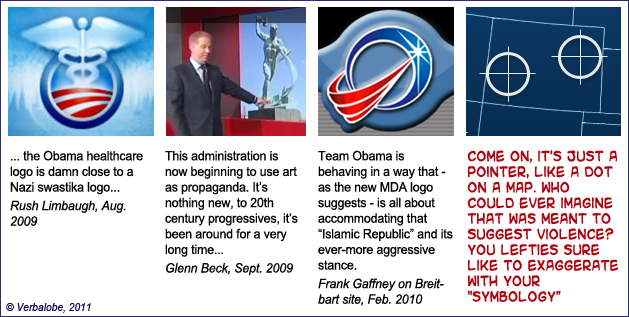 I am not going to blame Sarah Palin for the shooting of Congresswoman Giffords, and I support the second amendment. But the cutsie/violent rhetoric being used by the right against their opponents has got to stop. It is becoming terrorism.

This was written by Iron Knee. Posted on Sunday, January 9, 2011, at 12:03 am. Filed under Hypocrisy. Bookmark the permalink. Follow comments here with the RSS feed. Both comments and trackbacks are currently closed.