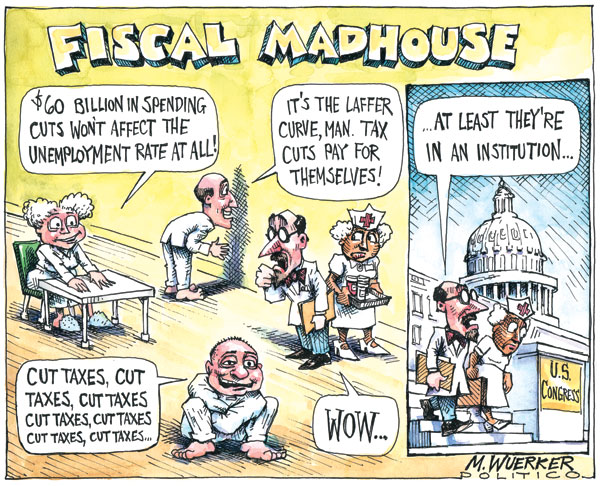 Not to mention the state of denial it takes to completely ignore spending cuts for the military and for entitlements.

This was written by Iron Knee. Posted on Sunday, March 13, 2011, at 10:23 am. Filed under Humor. Tagged Congress. Bookmark the permalink. Follow comments here with the RSS feed. Both comments and trackbacks are currently closed.