As the Arab World Turns 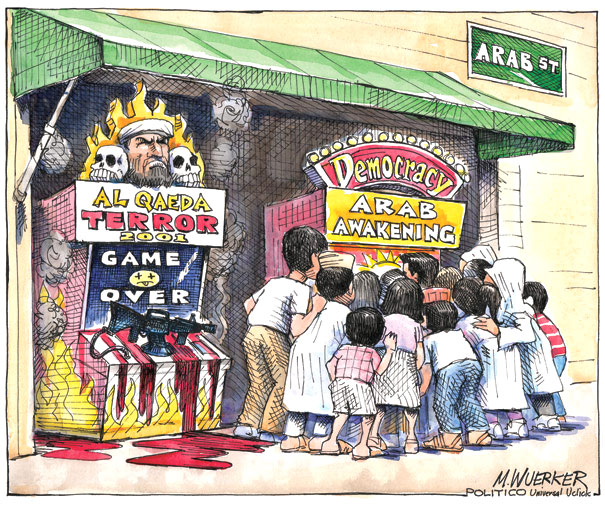 An article by Robert Fisk makes a good point:

the mass revolutions in the Arab world over the past four months mean that al-Qa’ida was already politically dead. Bin Laden told the world – indeed, he told me personally – that he wanted to destroy the pro-Western regimes in the Arab world, the dictatorships of the Mubaraks and the Ben Alis. He wanted to create a new Islamic Caliphate. But these past few months, millions of Arab Muslims rose up and were prepared for their own martyrdom – not for Islam but for freedom and liberty and democracy. Bin Laden didn’t get rid of the tyrants. The people did. And they didn’t want a caliph.

This was written by Iron Knee. Posted on Tuesday, May 3, 2011, at 4:46 am. Filed under Irony. Bookmark the permalink. Follow comments here with the RSS feed. Both comments and trackbacks are currently closed.