[reposted from Margaret and Helen]

Had I not seen it with my own eyes, I would have never believed it. FOX found a way to turn even this into a negative for Obama. I tuned in after you called and watched Sean Hannity make a fool of himself like you were saying. Honestly, that is exactly what I would have expected from FOX – complaining because the US military took the time to follow Muslim traditions before eventually ditching the son-of-a-bitch at sea. Sean, of course, wanted something a bit more flashy. Had we done it Hannity’s way, the body would have been photographed wearing Princess Beatrice’s hat. Honestly FOX, why don’t we just hang him on a cross and see if his followers retaliate? Sean is an idiot.

Of course Greta and Glenn were vying for stupidest person on FOX as well, but a race to the bottom on that network is over before it begins. Was I the only one who noticed all three of them kept accidentally saying Obama rather than Usama? I bet not. But I bet I am the only one who points it out.

It’s called honor Mr. Hannity, Mr. Beck and Mr. Van Susteren… you jackasses. Obama understands it. The US military has it. FOX needs it. It makes us better than them. But I guess the morons over at FOX are more worried that 72 Virgins really were waiting for him. And yes, I know I typed Mister Van Susteren… plastic surgery can only get you so far.

Ten years were a long time to wait for the end of Bin Laden. I ask you, how long before we see an end to FOX?

Change the channel America. I mean it. Really. 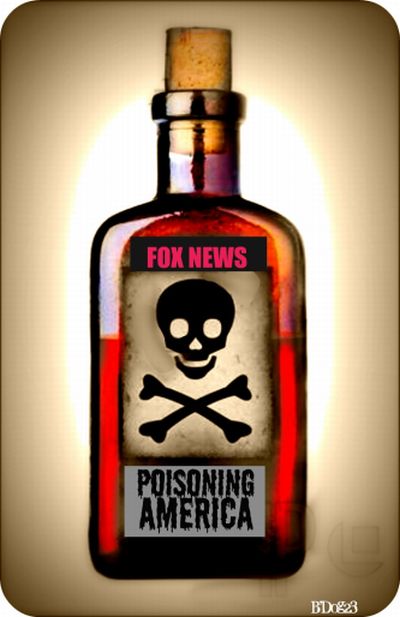 This was written by Iron Knee. Posted on Tuesday, May 24, 2011, at 12:30 am. Filed under Humor. Tagged Fox News, Media, Terrorists. Bookmark the permalink. Follow comments here with the RSS feed. Both comments and trackbacks are currently closed.