Let the punishment fit the lie 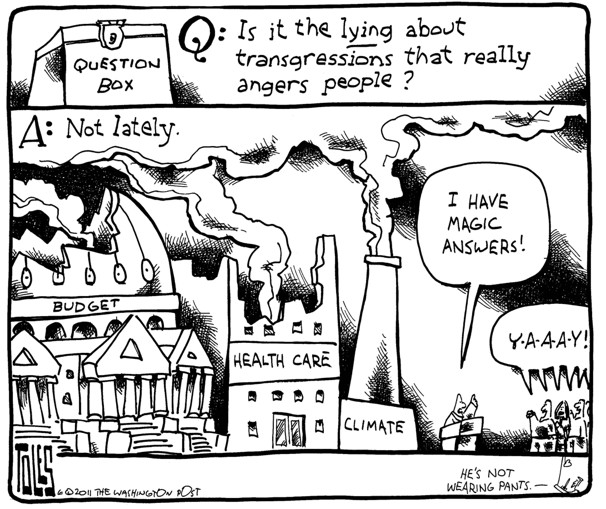 Bill Clinton was impeached not for having sex with an intern, but for lying about it. Likewise, people say they are upset at Anthony Weiner not because he tweeted a photo of himself in his underwear, but because he denied it. And yet — except about their private lives — people practically expect politicians to lie. How many times did politicians repeat the health insurance reform lie about “death panels” even after it was exposed as false? Were any of them forced to resign over it? Hah!

Here is PolitiFact’s list of all “Pants of Fire” lies, and pretty much every politician (especially Republican, but also Democrats) has been caught lying through their teeth at one point. So what is the big preoccupation we have with sex?

This was written by Iron Knee. Posted on Friday, June 10, 2011, at 1:52 am. Filed under Hypocrisy. Bookmark the permalink. Follow comments here with the RSS feed. Both comments and trackbacks are currently closed.