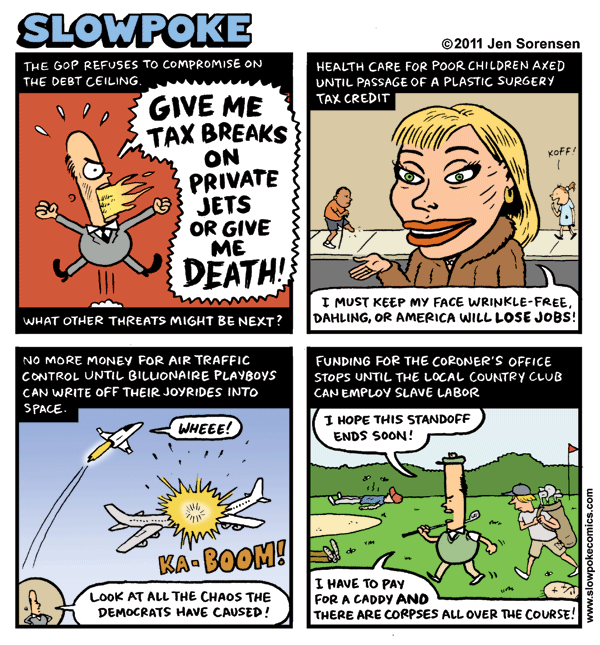 I’m having trouble finding good comics to post about the Debt Ceiling Mud Wrestling Match for a couple of reasons. First, I’m reluctant to post comics (like this one) that exaggerate, since the reality of the situation is bizarre enough. And second, there really isn’t much that is funny about the situation.

The Republicans are purposely driving our country off a cliff for sake of a thoroughly discredited ideology (trickle-down economics). Fully 80% of the American people do not want budget cuts only, but prefer some kind of revenue increases, especially on the rich and on corporations. The rest of the world looks on in horror as we play Russian Roulette with the world economy. And we elected these rabid ideologues, so we will only get what we deserve.

If you liked this, you might also like these related posts:
This was written by Iron Knee. Posted on Sunday, July 17, 2011, at 12:07 am. Filed under Irony. Tagged Deficits, Economy, Republicans. Bookmark the permalink. Follow comments here with the RSS feed. Both comments and trackbacks are currently closed.