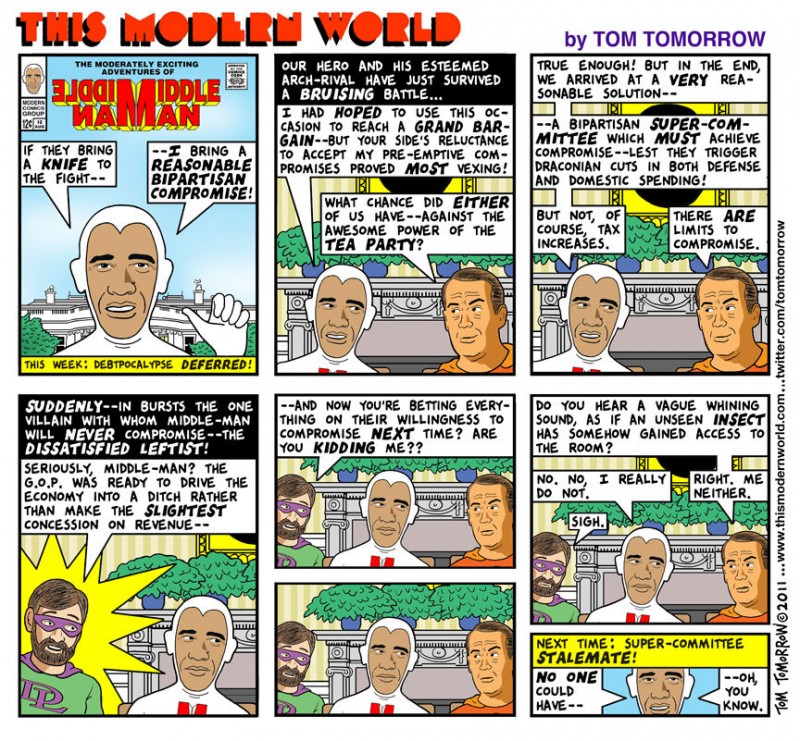 I guess the big question is, do you think Obama compromised too easily? Or did he do what he needed to do to save the country from defaulting? Although I have some sympathy for the former position, which is fairly popular with pundits (including Tom Tomorrow), I have to ask them, what would you have had Obama do differently, and what would have been the outcome? Is the answer they are proposing total stalemate and chaos?

This was written by Iron Knee. Posted on Thursday, August 11, 2011, at 12:30 am. Filed under Irony. Tagged Deficits. Bookmark the permalink. Follow comments here with the RSS feed. Both comments and trackbacks are currently closed.