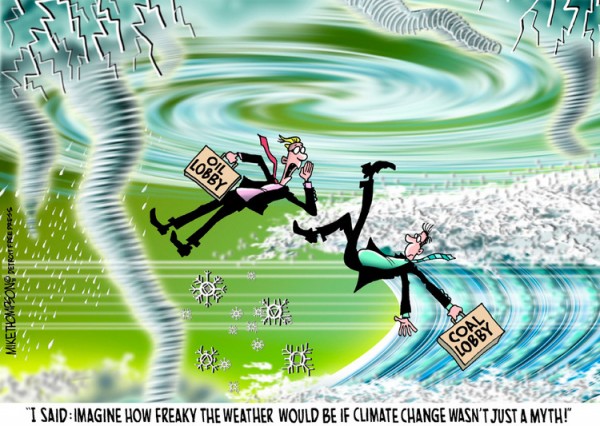 I’m noticing that the wing-nut crowd isn’t making fun of climate change very much recently. I guess they are blaming it on God instead.

UPDATE: The Science Guy goes on Fox News to discuss climate change and Hurricane Irene, and explains slowly and carefully:

This was written by Iron Knee. Posted on Tuesday, August 30, 2011, at 1:52 am. Filed under Humor. Tagged Weather. Bookmark the permalink. Follow comments here with the RSS feed. Both comments and trackbacks are currently closed.