Whose Job is He Worried About? 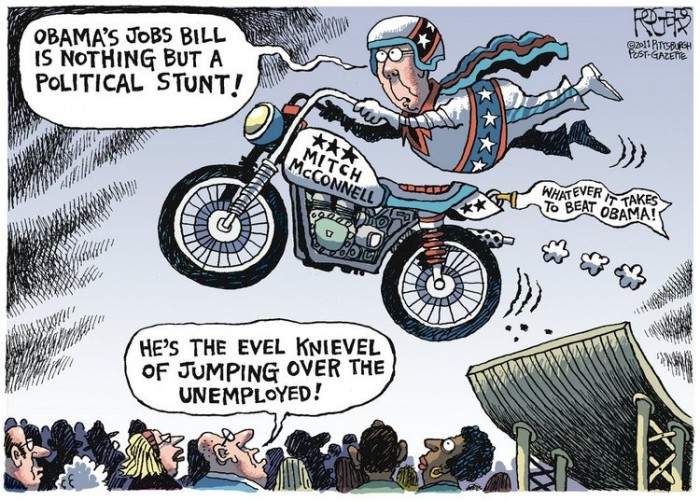 Despite promising to fight for jobs, the Republicans did not even allow a vote on Obama’s jobs bill. Even more telling is their alternative “Jobs Through Growth Act” bill. It doesn’t contain a single item in Obama’s jobs bill (even though Republicans supported many of Obama’s proposals before Obama proposed them), but it does contain a repeal of health care reform, repeal of the recent financial overhaul measure, a disgusting provision that will allow multinational corporations to bring home $1.4 billion in profits without paying any tax on them, and a moratorium on any new regulations (including any on Wall Street). In other words, a total giveaway to banks, health insurance companies and other large corporations that doesn’t create any jobs at all. Haven’t we figured out yet that trickle down economics didn’t work?

If you liked this, you might also like these related posts:
This was written by Iron Knee. Posted on Monday, October 17, 2011, at 10:23 am. Filed under Hypocrisy. Tagged Economy, Employment. Bookmark the permalink. Follow comments here with the RSS feed. Both comments and trackbacks are currently closed.