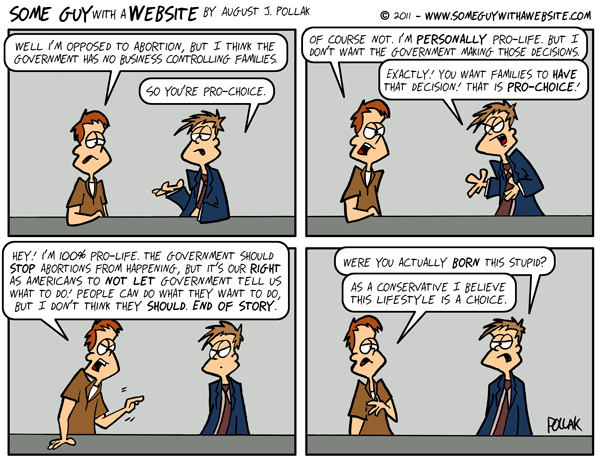 The problem with this argument is that almost everyone, including libertarians, thinks that there are some things that have to be done by the government. Defense, for example, or police. People who want no government at all are anarchists. So when a conservative says that government is the problem and it is always better to reduce the size and role of government, they are simply lying (or are stupid). What they are really saying is that they don’t want government to do some things (like preventing them from polluting the environment), but they do want government to do other things (even things government doesn’t currently do, like outlaw abortion).

This was written by Iron Knee. Posted on Saturday, October 29, 2011, at 1:42 pm. Filed under Irony. Bookmark the permalink. Follow comments here with the RSS feed. Both comments and trackbacks are currently closed.